Man, time fly's ... Thanksgiving has come and gone and christmas music is filling the airwaves.
It's about that time again- Hello Holidays.

I apologize for my absence over the last few weeks. But  I have been busy creating some new Mini too shea-mless jewels perfect for snatching up as sparkly gifts! And today I finished a whole new batch of these delectable little guys.
Here's a preview: 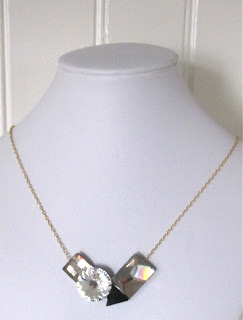 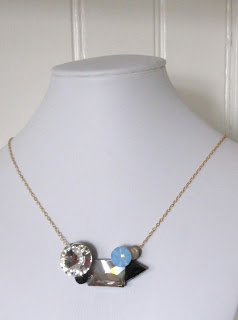 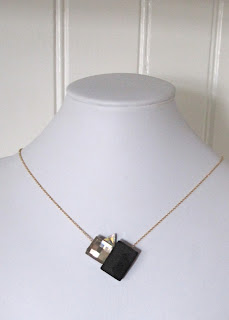 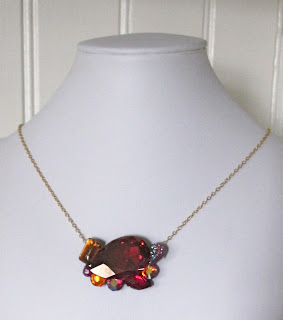 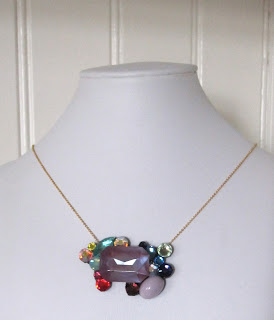 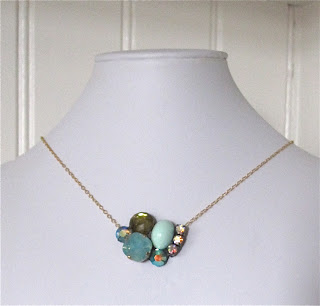 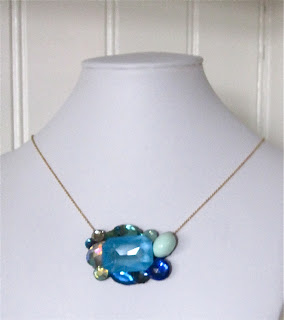 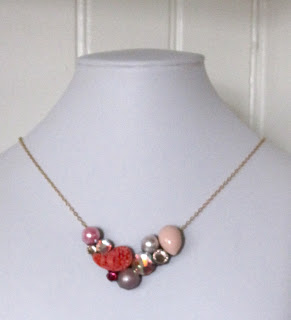 AND NOW....
for my newest Creations:
"Simplistic Solitaires": Stunning, yet Simple. These are a new take on the "too shea" show stopper accessories. Each feature one, (yes that's right ONE, i know its unheard of in the land of too shea-mless) authentic Swarovski Element, they aren't dainty but they could be called elegant.
Ranging from Topaz & Chrysolite, to Aquamarine & Jet Black.
Stones are 35mm to 40mm. 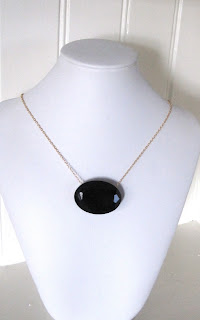 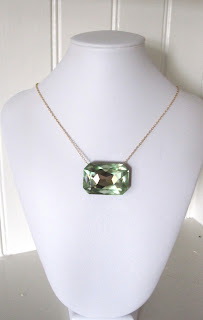 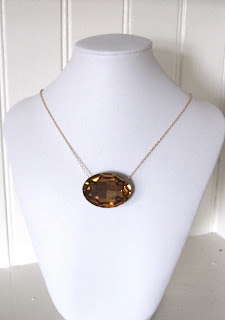 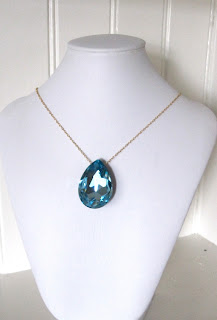 Just in time for  Festive Attire and Frenzied Holiday Shopping.
All of the above will be posted for sale on the website, etsy or at local retailers.
Will keep you posted. :)
Hope you enjoy.
Oh and one last thing... Today November 30th, 2010 marks my one year anniversary of pursing the magical endeavor that is "too shea" full time.
"too shea" loves you. <3
Posted by too shea at 6:30 PM No comments:

As I reach this crossroads of creating and selling- I find myself at the mercy of etsy. What a great tool, but how to make it work? update and update and promote and promote or something like that. I haven't quite figured the formula out just yet.

But when it comes to the world of "one of a kinds" things seem to be just a bit more tricky.  Factories, man they have it down- low cost, high production- big profit. I am the opposite... but the result is something different,  personal, exclusive, and therefore should be desired, at least for some of us?

For now what I do have is two magic words... "HOLIDAY SALE".

And I know we all love that. 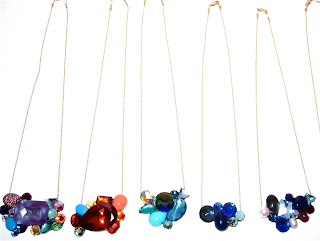 The wait is over for NEW too shea-mless jewels...

So... I've got the goods!  Finally some new sparkling creations to brighten up this already chilly winter season that is upon us. 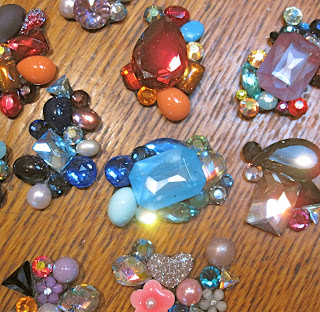 See them shine. :)
This batch is mainly minis- cause with all those bulky sweaters who is really going to slap on a monstrosity?!
too shea loves you <3
Posted by too shea at 6:29 PM No comments:

It's already the second of November how nuts is that!! I have been keeping quiet recovering from Halloween, and organizing my thoughts about my "itch" (see last post).

Well, I'm back and its freezing, OK not literally freezing but 45 Degrees is chilly, come on.
Today besides heading out to vote... thats right it's election day get out there and use your voice by heading to the polls! I am anxiously awaiting for some supplies I ordered last week, thats right new "too shea" jewels are coming. I don't know why but for the last month I have sort of taken a break from creating in that way. I think it had something to do with working with my faux finishing boss, and painting my stripes on my wall, and of course wedding plans. ( yes, I am getting hitched- next September which is WILD)

Now I am ready to roll! SO new merchandise is on the way...
Ok and as promised I am  including some pictures of my Halloween costume. This year was all about recycling- too shea is a fan of reusing on all levels when it comes to vintage beads, reclaimed rhinestones or yes even Halloween costumes! 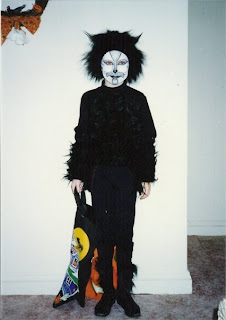 This first picture is the original costume from 1992, told you my parents were creative.
Thats right I am a feline from the broadway phenomenon CATS. 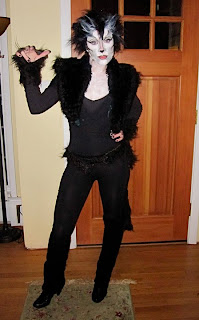 And here is present day 2010. All the fur you se except the neck stole are the pieces from the original costume, including the head piece which I updated with some white. Evidently my head has not grown. :) 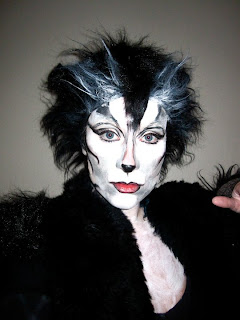 And lastly a close up of the make up which can make or break the look. After 4 trials I think I was close to nailing it. But my face is not in pristine condition after this. Hope you enjoy.
too shea loves you.
Posted by too shea at 10:54 AM No comments: