Yup, here we are again months have flown by, life has happened, and it's some how a new year. Are you as baffled as I am? Probably not. I am just about ready to join the real world again- this past year has been a complete blur- an important blur, but a blur nonetheless.

Let's re-cap.. really for me less than you.


January 7th, 2011- My Father, my one & only, hero- passes from the after math of an heart attack in his LAD (Left Anterior Descending Artery). They nicknamed this sucker the "widow maker", most people instantly succumb but not W.E.K. he fought 23 days. Needless to say this was the worst possible beginning, my deepest darkest fear realized. 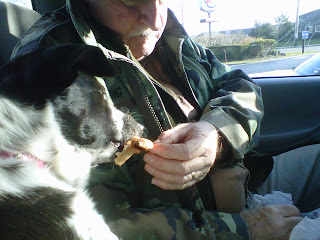 Not to mention, I was engaged, the wedding a mere 8 months away in my parents backyard under their wedding arch.  OUCH. Yes, I am making serious light of it, read my two prior posts the only 2 from 2011 and you will understand.

So we press on and I get married:
September 10th, 2011- Richard Lamiroult now calls me his wife. A Beautiful day, with weather that could not have been foreseen- a week before we were hit with Hurricane Irene and had to remove fallen trees from both the ceremony and Reception sites. All the planning and hard work done by my family, through the grief, sweat and tears was not for nothing.
Look I have the pictures to prove it: 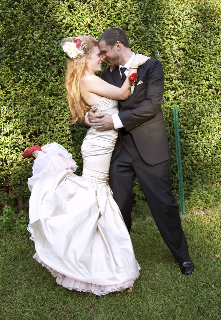 Awesome. And then we were married.

December 16th, 2011- The one year anniversary of my Fathers Heart Attack. Even sounds surreal as I type it- see what I mean about the blur, where the hell did all those months in between January and September go? I couldn't tell you. The day sucked as did the 23 that followed and ... WHAM its 2012!

Just wild. So here I am trying to re-gain control, purpose, and drive to become what I wanted to be before 2011.

I've said it before, but that last year obviously got in the way: I'm really going to give this blog another shot, try and make it the real deal. I love to write, I love to share, I love LOVE and experience, so I've decide to widen the scope of this little ditty. Making the possibilities endless, not just about my little company too shea, or painting but life.. mainly my life- but what else do we know, but ourselves. And maybe something good will come out of it for me, or for you. Relating to people is all its really about anyway, so here it goes, to 2012 and retaining my life, myself, here in front of your eyes. Wish me luck.